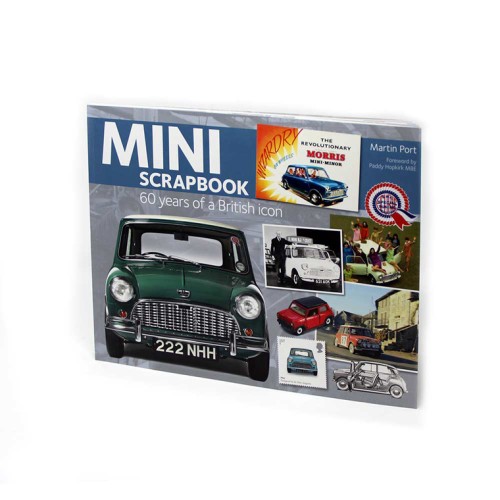 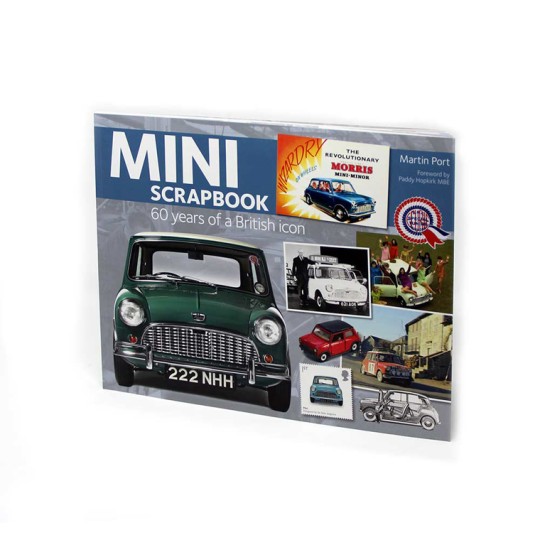 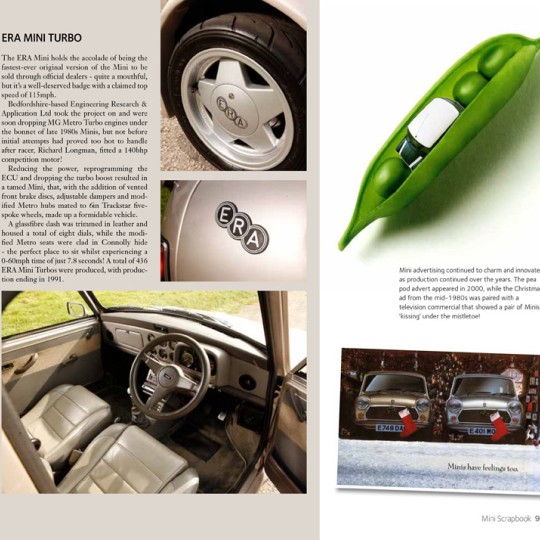 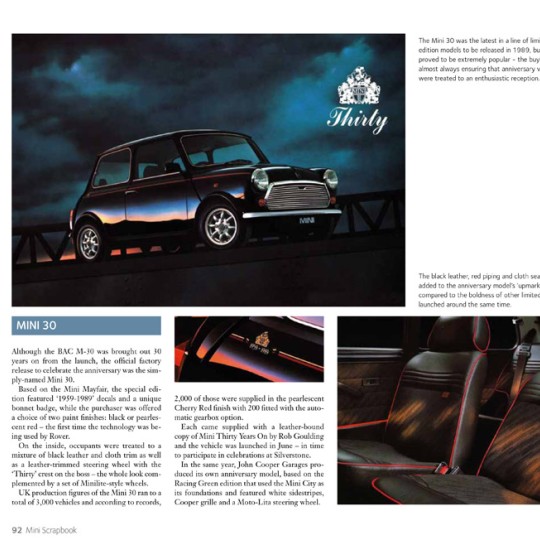 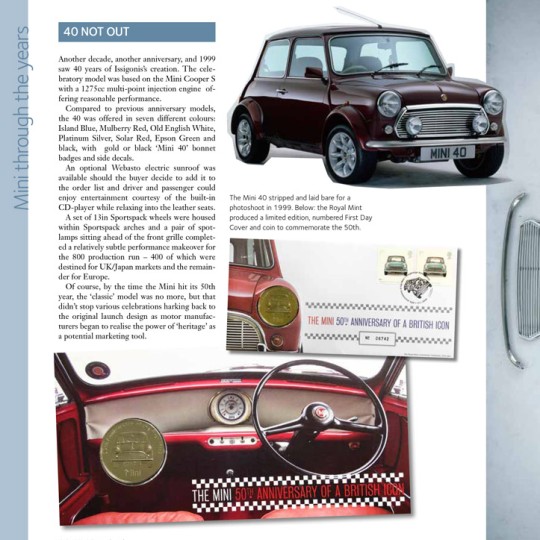 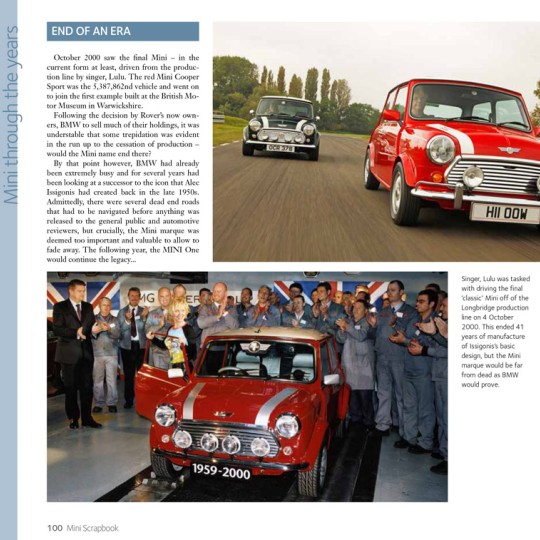 Launched in 1959, the Mini helped to change automotive design, with its unique combination of aesthetics, space efficiency, engineering approach, and handling. Alec Issigonis’s masterpiece was an instant hit – not just with the buying public, but with celebrities and racers alike, from Sir Stirling Moss to ‘The Fab Four’. The Mini became a much-loved staple of the British car industry – a position that it has arguably enjoyed for 60 years and continues today.

In this latest addition to the Scrapbook series from Porter Press International, the story of this unique little car is broken up into accessible nuggets and aided by a collection of archive and contemporary photography, to illustrate just what makes the Mini so special in this, its 60th year.

Written by Martin Port the book includes why this charismatic little car is so loved around the world.

The concept to reality: Alec Issigonis and his team turn their thoughts from rough sketches to prototype.

The life of the Mini: covering each main incarnation of the classic Mini, from 1959 to 2000.

The Mini in competition: exploring its place in motorsport and those who got behind the wheel.

Popular culture: from celebrity owners to appearances on the silver screen – including The Italian Job.

Tuning the Mini: a whole host of upgrades and exciting add-ons were available, including key tuning modifications as demonstrated by Downton, Cooper and Broadspeed.

Mini variants: the Mini was the basis for many variations – from the Moke to the Midas.

BMW Mini: a look at the post-2000 incarnation of the Mini, including the sixtieth anniversary model – the latest in a long line of cars to wear the Mini name. 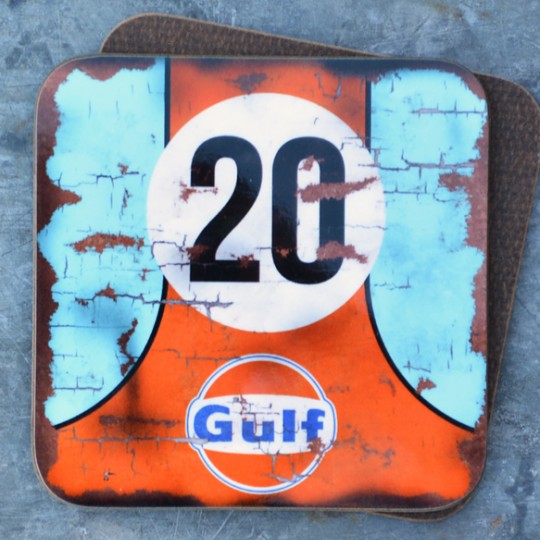 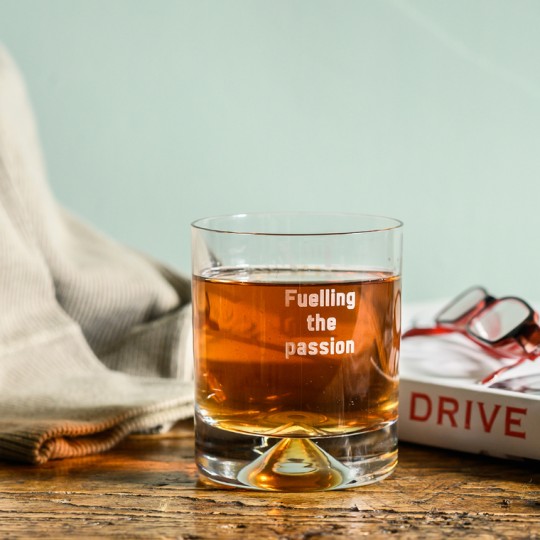 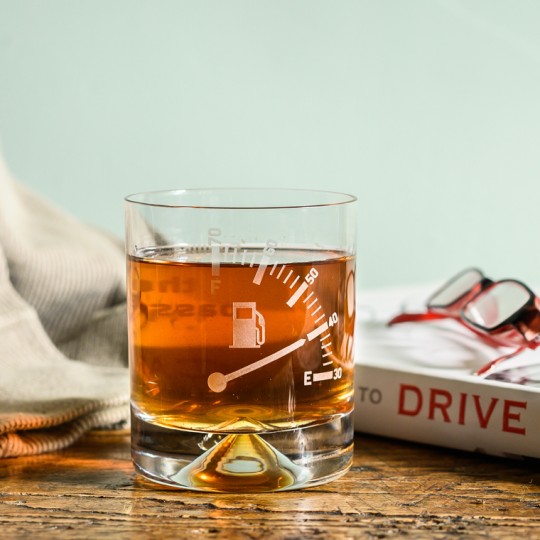 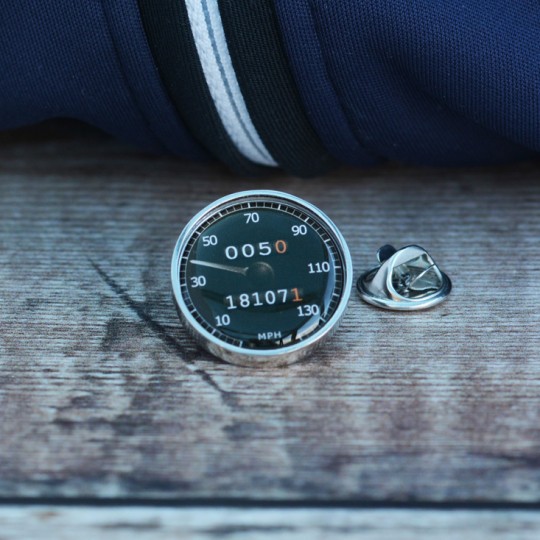 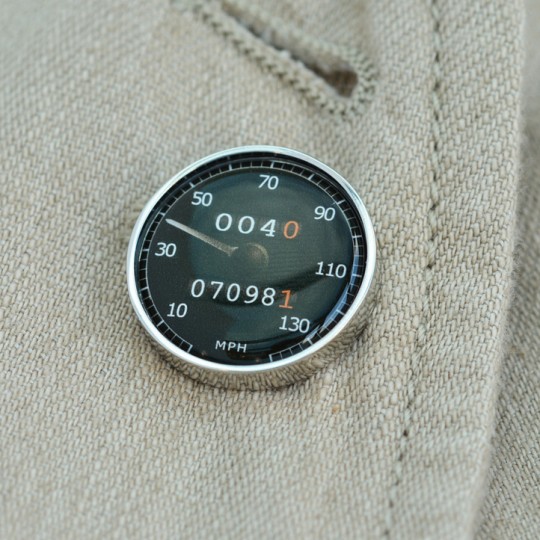 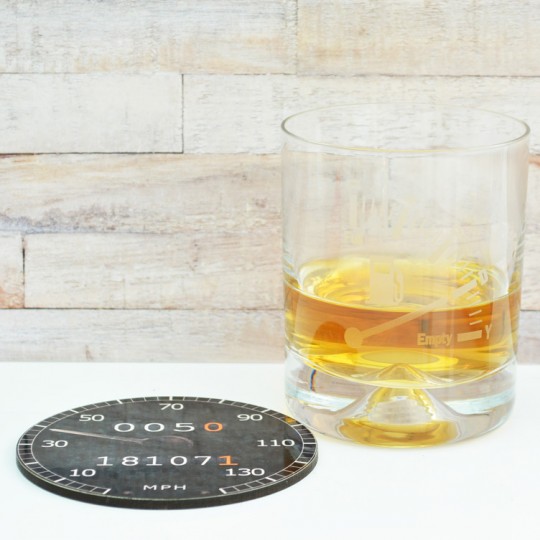 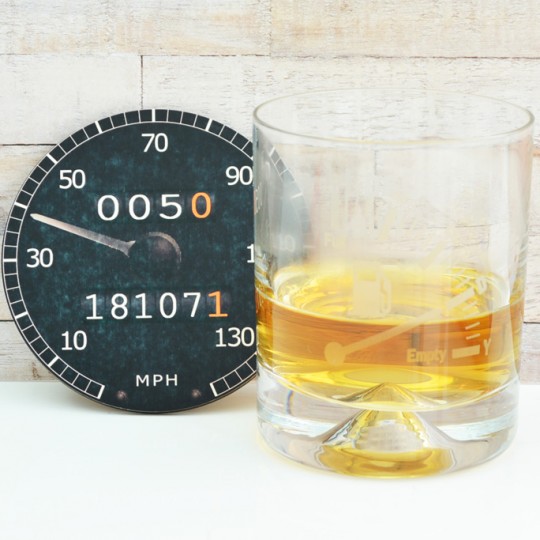